Halifax First Aid Classes: A Must for the Labor Force

Because of the fact that the city is not really know for having high morbidity and fatality rates in any disease categories, many residents think that taking Halifax first aid classes is not necessary. What they do not realize is that their low morbidity and mortality rate does not mean that its residents are not prone to certain medical conditions and emergency situations. This is because their population composition also poses a certain threat which can be handled by taking Halifax first aid classes.

The Age Composition of Halifax 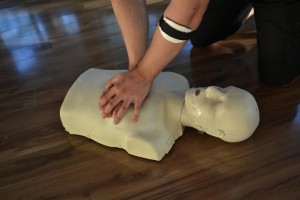 According to the studies that were released by Statistics Canada for 2011, more than 71% of the total population in Halifax is between the ages of 15-64. This means that out if its 390, 000 residents, almost 277, 000 are at the ideal age for joining the labor force for part time or full time jobs. It was also revealed in other statistical data that in 2006, the largest portion of the population are between the ages of 25 to 44. Considering that the population of the city is increasing steadily over the years, the number of people who are at the right age to work or engage in any form of labor is likely to increase as well. Economic indicators such as the increasing number of job opening all over Canada is also expected to make it easier for people in this age bracket or range to find work.

The Size of the Workforce

In comparison to other cities in Canada, Halifax has one of the highest number of residents who are currently employed or are a member of the labor or workforce. It has been reported through numerous statistical data that 69% or more than 270, 000 residents are employed and that only 5% are unemployed.

The Workforce and Halifax First Aid

Despite this high number of residents who are members of the workforce, not all of these employees are knowledgeable on first aid except for those who work in more hazardous industries in which taking first aid and CPR classes are mandatory. For those who are working in other industries on the other hand, they are unaware of the importance of knowing how to react during emergency situations. This is why raising awareness on the importance of taking Halifax first aid classes especially those classes that focus on workplace safety should be recognized not just by employees, but employers as well.