As of 2011, 8.3% or approximately 25.8 million children and adults in the United States have diabetes. In 2010 alone, there was a reported 1.9 million new cases of people aged 20 and above who were diagnosed to have diabetes. While it is slightly more common in men, non-Hispanic blacks had the highest recorded prevalence of diagnosed diabetes among the various ethnic groups in the US. In the year 2007, 231, 404 mortalities were attributed to diabetes related causes (American Diabetes Association 2011).

Diabetes is a chronic health condition which affects the blood sugar levels of the body. When the body ingests sugar, it is broken down into glucose by insulin. Glucose serves as a source of energy and is the only simple sugar allowed in the brain. Diabetes occurs when the pancreas does not secrete insulin at all or does not produce sufficient amounts needed by the body. This is more commonly known as Type I and Type II diabetes, respectively. A third type of diabetes, gestational diabetes, only occurs in pregnant women who exhibit high levels of glucose in the blood. The lack of insulin production in the body leads to the incapacity to process carbohydrates, proteins and fats accurately. Patients diagnosed with diabetes are usually given a specific diet or self-administered insulin.

Two kinds of emergencies may occur in relation to diabetes. If either is left untreated, it can lead to coma. Hyperglycemia occurs when there is a high blood sugar level in the body. The more common emergency is when the sugar levels in the blood become too low or hypoglycemia.

Hyperglycemia symptoms include vomiting, drowsiness, fast and heavy breathing, pain in the abdomen, sweet-smelling breath, excessive thirst, frequent urination and in extreme cases, loss of consciousness. Oftentimes, it takes days for the onset of hyperglycemia. First make the person comfortable. If there is consciousness and the person is capable of swallowing, give the person a sugar-free drink to avoid dehydration. Bring the person to the hospital or call for emergency medical assistance.

On the other hand, hypoglycemia is characterized by disorientation, pale and clammy skin, excessive hunger, aggressive behavior and even loss of consciousness. In cases of hypoglycemia, there is a great drop in the blood glucose levels due to high insulin levels. Initially, the person must be made comfortable. If there is consciousness and the person is capable of swallowing, give the person sugary drinks such as fruit juices and soda drinks. Usually, this can be triggered by missing a meal. Excessive exercise and alcohol consumption may also lead to hypoglycemia. If the situation improves, give the person more to eat and drink. 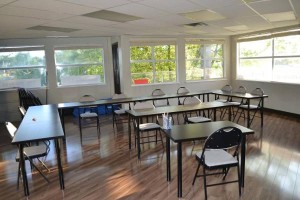 If there is unconsciousness, support the patient to their side facing slightly downward to prevent choking. If the person is not breathing, remember the CAB priorities of CPR and initiate. If there is more than one rescuer present, the second person should begin calling for emergency medical assistance.

It is highly recommended to take first aid and CPR classes, especially for those who live or work with diabetics. Diabetes may sometimes lead to other health problems. These medical emergencies occur at any time and it is better to be prepared.