This is a disorder in which people are unable to tell the difference between what is real or unreal. They live in a world that is created in their minds and have socially undesirable behavior such as jumping from one topic to another, without a clear connection between the two, while in a conversation. Childhood schizophrenia is diagnosed in people who have had schizophrenia since they were young, rather than developing it later on in life.

In children it is likely that unusual behavior like starting to crawl at a later age than most children is seen. Sometimes it is also that the children may keep crawling for a significantly long time and not walk until later on in life. It is the same case with speech, it is slowly learnt and processed in the child’s mind.

As the child grows up, more clear signs of this disorder come to light, such as hearing or seeing things that aren’t there i.e. hallucinating. Then there are irrational thoughts about the world like making up conspiracy theories that are obviously not true or rather with no rational explanation, these people do not think of the possibility that they may be wrong, they believe it is happening and when asked about it, could get defensive. There may also be a lack of emotional response from these individuals, it does not mean that they don’t have emotions, it could simply mean it is difficult for them to show it; due to this inability to show their emotions they may also exhibit unexpected emotional response in unusual situations. Other symptoms include:

It is good to find and diagnose this illness as soon as possible, so that the treatment can begin, this illness is a chronic illness, meaning it lasts for a long time. For the majority, it is a life long struggle.

When to seek medical treatment 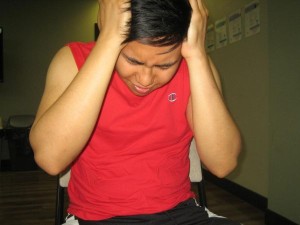 It is crucial for a parent or guardian to get the child checked as soon as they realize the possibility of this illness. The less they delay the process the faster the child will be able to deal and get used to her/his new lifestyle. In fact, since these children would need extra help in performing ordinary tasks, the faster they get help, the quicker they will be able to function normally in society.

If you find 3 or more of the symptoms mentioned above, such as a lack of motivation, not being social or not being able to perform ordinary tasks, then you should consider getting your child checked and if schizophrenia is involved, then treated before the symptoms get out of hand.

Since schizophrenia is a condition that will stay with people for their whole lives, the main aim of treatment is to reduce its symptoms and to help the person live as well as they can. Children with schizophrenia will go through the troubles of this illness for the rest of their lives, but a positive side to this happening in someone’s childhood is that they will be used to the treatment methods and adapt to living their lives by the time they are adults (assuming they go through intensive treatment as children). This is much better than developing the illness at later stages in life because it may come as unexpected and confusing to people. Children eventually will be able to come into terms with the idea that they need the medication to perform normally, but for adults who used to make sound decisions, it may be difficult for them to realize that they have a problem.

Medication is an important factor and should not be left out for treatment of this disorder. However, psychotherapy has also been found to be helpful. There can be individual therapy, just for the child, to help her/him deal with the day-to-daychallenges. There are also therapy sessions for the whole family, which not only helps the children deal with their problems, but creates awareness and teaches parents or siblings to deal or understand what the person is going through.

This is done for children to help them behave and act appropriately in social situations. It will help them understand how to deal with people and how to take care of themselves as well.

This is usually done as a last resort, people may decide to get their child hospitalized if the symptoms are out of control, or if they are worried the child may hurt themselves or others. Hospitalization is also a good idea if children do not seem to be taking care of themselves and eating properly, it will help them stay stabilized. However, hospitalization is quite undesirable since the environment may not be too positive, which is why it is a good idea not to take your child there if it is not needed or make sure they get to do productive things and go out for walks, so that they don’t feel trapped or depressed by the atmosphere.

The information posted on this page is for educational purposes only.
If you need medical advice or help with a diagnosis contact a medical professional